Special Draw - Your Extra Chance to Win Lottery in Malaysia

If you're like me, try to figure out when the next 4D special draw will take place.

Because they do not want to miss out on the chance to acquire lottery tickets, many people are always on the lookout for unusual 4D draw dates.

As a way to speed up this process, 4DKedai has made a feature on this website that lets you check the 4D special draw with one glance.

You can find out when the 4D special draw will take place for the following games:

It is possible to get extra information, such as the dates of the 4D special draws, by visiting supplementary resources, such as the official lottery websites.

However, 4DKedai has swiftly moved to the top of many lottery players' favourite websites' lists since it is a platform that can meet all of their lottery needs in one convenient location.

You may also buy 4D tickets and check 4D results from the same website, in addition to learning about special 4D drawing dates.

In addition, special draws will be introduced on Tuesday, and they will be special in that they must be approved and delivered by the Federal Government of Malaysia, making them one-of-a-kind in the world.

One of the main goals of this special draw is to raise money for the government, which has led to an increase in the number of special draws allowed each year from 16 to 22.

For people who had been affected by the Nipah virus pandemic, the Barisan Nasional (BN) government instituted the "special draw" in 1999 in order to generate money for them.

Although there were originally 22 "special draws" in 2018, the Pakatan Harapan federal government reduced that number to 11 in 2019, then to 8 in 2020, before finally eliminating them completely.

22 "special draws" have been added by this government, which is the second time that this has happened.

In addition to increasing the amount of money available to the government, a 4D special draw is required in order to give extra opportunities for 4D players to win money.

Lotto players now have a higher chance of winning the lottery game than they did before as a result of the 4D special draw.

Because the results of the GD Lotto and Perdana 4D special drawings are reported on a daily basis, some of you may have noticed that we didn't cover them in this article. That's because we didn't want to waste your time. 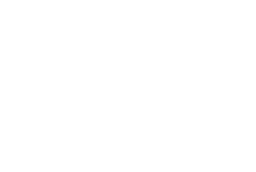